FDDI participates in the 35th IILF 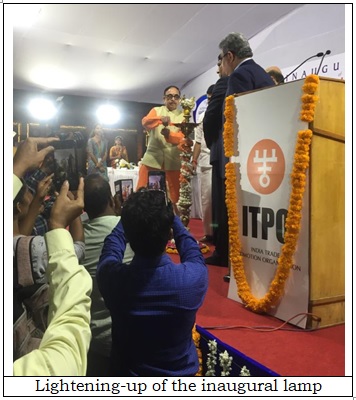 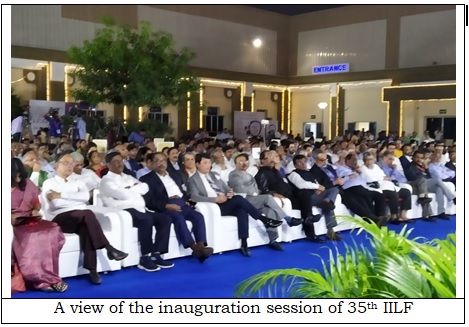 Over 450 companies from India and abroad, including about 130 exhibitors from overseas displayed their products.

The fair had on display the entire range of products relating to leather industry from raw material to finished products and auxiliary products. 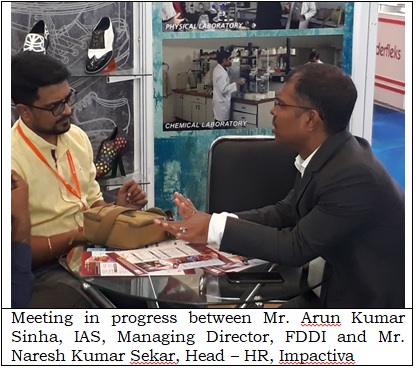 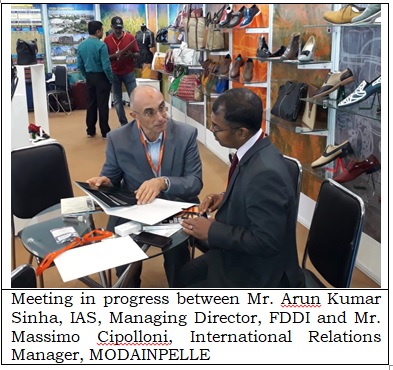 Meeting with prospective delegates were also held at the stall of FDDI.

The services of FDDI’s International Testing Centres (ITC) for supporting the footwear and leather industry were also provided to the perspective visitors.

Information about the academic programmes of the FDDI which is having the status of ‘Institute of National Importance’ as per FDDI Act, 2017 was also provided to the students. Besides this, information about Primary Skill Development Programme (PSDP) was disseminated to the general public and potential trainees.

During IILF, Leather Fashion show was held at ITC Grand Chola in which the students of Fashion Designing department of FDDI provided offstage support to the high profile models. 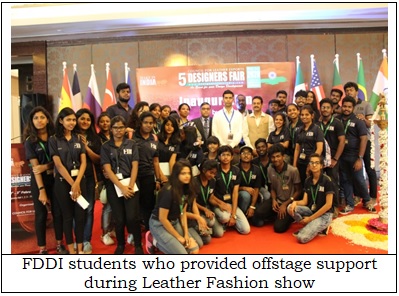 During the fair, CLE organized the 5th edition of ‘Designers Fair’ in Hotel ITC Grand Chola, Chennai from February 1-3, 2020 in which 51 Designers and Institutions from 46 companies from various countries like Italy, USA, France, Spain, Portugal, Russia, Brazil, Philippines, Turkey and India participated. 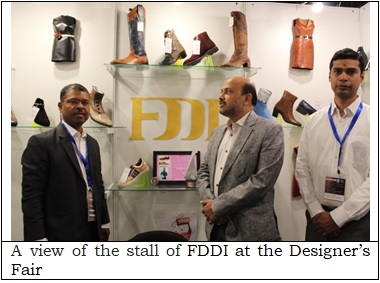 FDDI displayed a wide range of creations at its stall at Designer’s Fair. The stall was visited by popular overseas and Indian designers.

The ‘Designers Fair’ provides an opportunity to the Indian manufacturers and exporters of leather products and footwear to meet popular overseas and Indian designers.